Does your CV claim you are proficent with microsoft powerpoint, an affective communicator, or have mangement experience?

If so you’re in good company, as our recent study found that almost three quarters of CVs have at least one spelling area.

In fact, in a sample of 20,000 CVs uploaded to ValueMyCV we found that one in five CVs contained five or more errors.

So which words are causing job seekers the most problems? 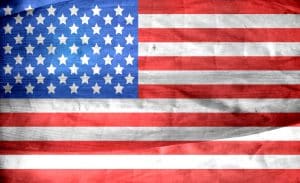 American spellings of words such as “center”, “judgment”, and “behavior” were responsible for a large number of the misspellings, which we suspect has a lot to do with most spell-checkers being set to American English as default.

Unwanted apostrophes were also a big problem, with 6% of candidates talking about “KPI’s” and one in 11 reporting their “GCSE’s”.

Meanwhile improper capitalisation was another common occurrence, with product names and companies (such as “nPower” and “iPhone”) often styled incorrectly.

As our co-founder Doug Monro puts it: “Employers may doubt your alleged proficiency with PowerPoint if you don’t know where the capital letters should be placed, while failing to capitalise proper nouns can be taken as a sign of laziness or ignorance.

“With employers placing increasing importance on finding the right candidate over simply filling a vacancy, jobseekers need to be more aware than ever of creating a great first impression. The unfortunate fact is that a single misplaced lowercase letter could see a candidate relegated to the ‘reject’ pile. With free online tools available to do these check, there are no excuses!”

Candidates aren’t the only ones capable of making mistakes – sometimes employers also get things wrong. “Committee”, “achieve”, and (rather amusingly) “correctly” are three words that caused issues for some employers.

Should job seekers point out mistakes in job adverts? That probably depends on the role being applied for and how you bring it up.

If you are going to point out an error in an advert be warned: your interviewer will no doubt pause to take a much closer look at your CV.

Can you spell these words correctly?

Ten of the most commonly misspelled words by job seekers on CVs included:

Ten of the most commonly misspelled words by employers on job adverts included:

Want to check whether your CV has any spelling mistakes? Upload it to ValueMyCV and find out.

15 Tips To Make Sure Your CV Gets Seen

Will Learning A New Skill Increase Your Salary?

The Free CV Review with a Difference