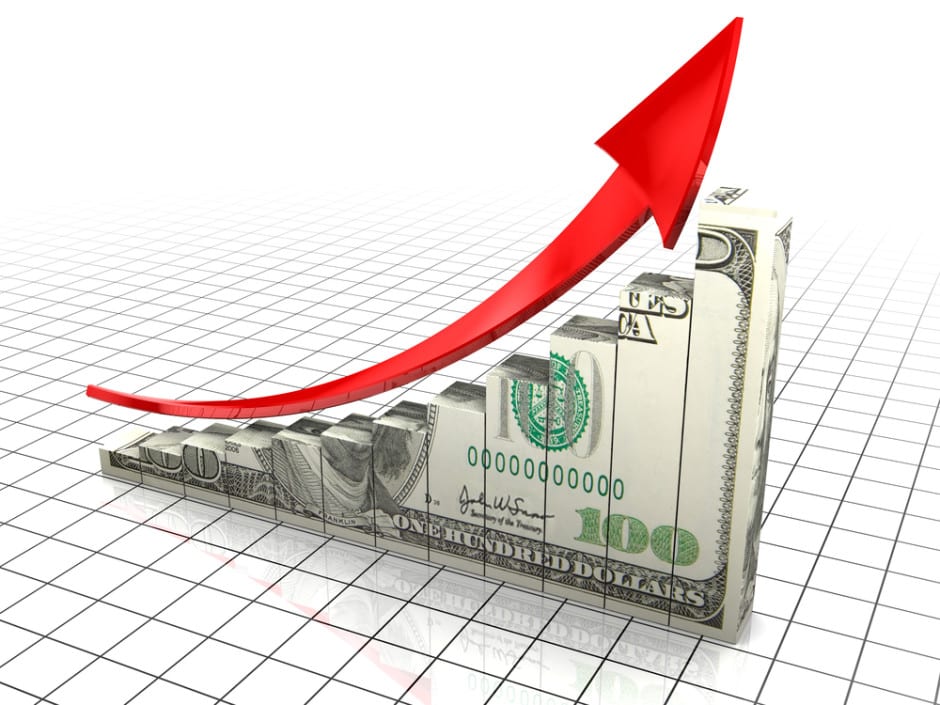 June saw job competition drop to two jobs per jobseeker, the lowest on record, as employers continue hiring despite Brexit concerns, and a chronic skills shortage leaves more positions empty, according to the latest UK Job Market Report from Adzuna.co.uk 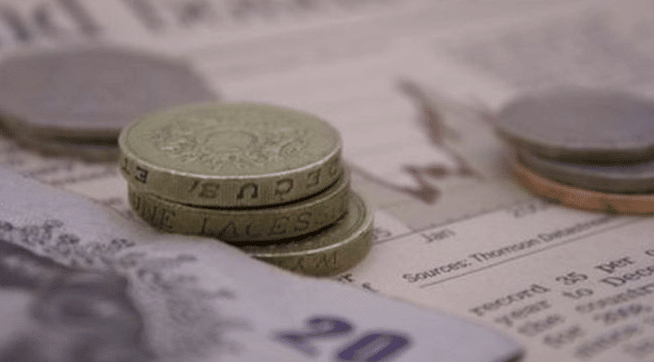 Ahead of Brexit, despite growing uncertainty June saw an uplift in the number of available vacancies to 1,157,723. This was up 0.7% from the 1,150,149 on offer the previous month. In a positive sign that employers are looking to expand their staff, this was also 6.0% higher than the number of advertised vacancies on offer in June 2015 (1,092,030).

Job competition across the UK fell to 0.50 jobseekers per vacancy in June – the lowest rate on record. This also marked a monthly drop from 0.52 in May and a significant improvement since competition for each vacancy stood at 0.67 in June 2015. A fall in job competition is also a sign that the talent shortage may be sharpening across the UK and vacancies may be taking longer to fill.

Job competition across the UK fell to 0.50 jobseekers per vacancy in June – the lowest rate on record. This also marked a monthly drop from 0.52 in May and a significant improvement since competition for each vacancy stood at 0.67 in June 2015. A fall in job competition is also a sign that the talent shortage may be sharpening across the UK and vacancies may be taking longer to fill.

It seems that many of those currently unemployed are benefitting from a boom in lower-level vacancies, with the latest ONS figures revealing the unemployment rate has fallen to 4.9% in July.

Doug Monro, co-founder of Adzuna, comments: “Jobseekers have a lot to be optimistic about. Rising vacancies in June suggests that the jobs market was strong pre-Brexit and that employers may still be keen to hire in the next couple of months. There’s a long journey ahead to deal with upcoming changes, political, legal and financial, but the jobs market is adaptable. Negative headlines disguise a picture of steady growth in the run up to the vote.

“As well as more jobs on offer, an ongoing skills shortage is making jobseekers more valuable to companies. Employers are competing to snap up those with the right skills – giving applicants more bargaining power in the boardroom over salary and benefits. Job hunters now have more options and can push for a better deal.

“For employers, it’s encouraging to see the jobs market setting a strong rhythm despite the uncertainty. The latest GDP growht showing the economy was growing pre-Brexit is another encouraging sign. All this doesn’t mean we’re past the finishing line in dealing with the split from the EU. Many challenges and unknowns remain and it will probably be a long time until these are clear – but for now the UK jobs market is holding its own – and this means more power at the Brexit negotiating table.”

In the weeks following the EU Referendum result, Adzuna can reveal that the total number of new job postings climbed – in a sign that the impact of Brexit on vacancy growth has been limited.

The most recent data for 16th – 22nd July reveals that 608,985 new jobs were posted, up 0.4% from the previous week and marking a significant recovery from the week immediately after the EU vote.

Table 2: Job postings in the weeks after Brexit

Doug Monro, co-founder of Adzuna, comments: “Our real-time data shows what’s happening on the ground right now. More jobs are being posted and there’s been a pick-up since the immediate aftermath of the Brexit vote. It’s an encouraging sign that the jobs market is strong enough to withstand short-term effects of the result.”

Doug Monro, co-founder of Adzuna, comments: “Salaries are struggling to reach their former heights. It’s disappointing to see the average drop but isn’t necessarily an unhealthy symptom. As vacancies keep growing it seems that jobs coming onto the market are lower-paid – pulling down the average advertised salary. This will change when more senior staff start looking again and moving jobs – but it’s natural that amid all the uncertainty many have preferred to stay put.

“No region is an island – but the South East is on a roll. Advertised salaries in the area are proving resilient to recent UK economic uncertainty and political upheaval which has directly impacted other areas. As London rents rise more and more companies will eye up the area as a potential base. And with transport links improving, the South East bubble shows little sign of popping.”

The South East strikes again
Cambridge won the title for best city in the UK to find a job – based on job competition rate – with 14 jobs available per every jobseeker (0.07). However the remaining four cities out of the top five places to find work lie in the South East of England suggesting a South East bubble may be forming. Guildford saw 11 jobs per jobseeker (0.09), followed by Oxford with 8 (0.13), Reading which has 7 positions per applicant (0.14) and finally Winchester, with 6 jobs available per jobseeker (0.18). 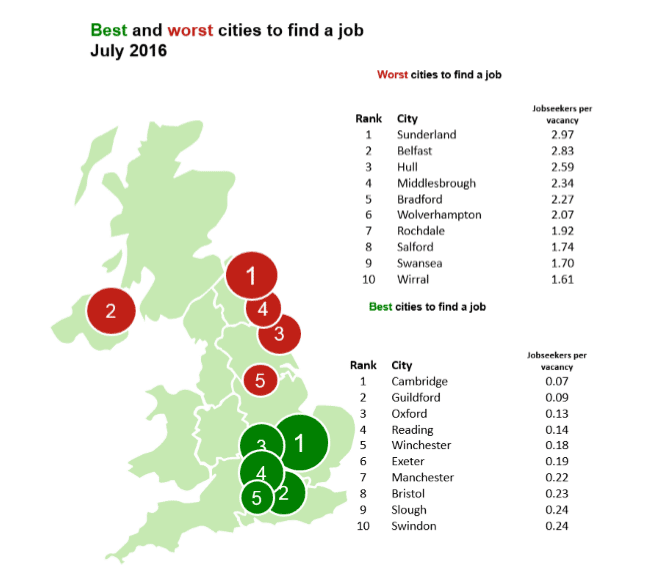 Jobseekers looking for work in the service industries, in particular the Financial and Legal sectors, have seen opportunities stagnate across the last few months – leading to a lower yearly comparison. This annual dip suggests it may take these sectors longer to recover from the Brexit shock. Financial vacancies have dropped to 79,693, down 14% from 92,186 in June 2015.

Doug Monro, co-founder of Adzuna, concludes: “Financiers are adopting a cautious approach. On a monthly basis, vacancies are slightly higher but Brexit has shaken things up. Over the last couple of months uncertainty and caution meant that hiring in finance dropped. Talk of headquarters moving abroad meant companies closed the doors to new employees. And this has led to a sharp quarterly annual dip in the number of jobs on offer. The finance sector, and legal and consultancy might not be over the hardest bit – news of Lloyds’ job losses will bring back fears of staff cuts. Jobs are out there in finance but jobseekers will need to prepare themselves for a tough fight.”

The 7 best perks for women in the workplace

The deadliest jobs in Britain and what they pay

The top 10 most valuable degrees