The recovery of the jobs market has slowed significantly as uncertainty surrounding Brexit may have dampened demand for new hires, according to the latest UK Job Market Report from Adzuna.co.uk.

February saw a total of 1,116,202 job vacancies advertised in the UK, down 10.3% from the 1,244,772 seen three months earlier in November 2015. Employer’s enthusiasm to hire has cooled over the last three months as uncertainties within the jobs market, particularly a potential Brexit and the impact of the national living wage introduction, are creating an unpredictable environment. Prior to November, the jobs market saw ten consecutive months of improvements in job openings, but this trend has now faltered. This was further evident in a somewhat sluggish seasonal monthly improvement of 3.4% from 1,079,711 in January – significantly behind the 4.2% monthly rise previously seen in 2014 and 2015. 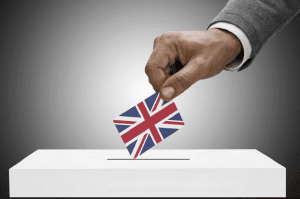 Meanwhile, average advertised salaries have struggled to make significant gains as employers adopt a cautious approach to pay. February’s UK average stood at £33,800 – increasing by just 0.6% from £33,593 in January. Since November 2015, salaries have increased marginally but have failed to reach promising earlier levels. On an annual basis, the average advertised salary is 2.4% lower year-on-year than £34,627 in February 2015.

Doug Monro, co-founder of Adzuna, comments: “There are signs that caution is controlling the current UK jobs market and stalling the recovery. One possible explanation is that uncertainty around Brexit means hiring intentions have been paused. After a strong hiring outlook in the latter months of last year, it’s possible that attitudes to recruitment have begun to alter of late. Companies seem to be holding off on expanding their staff, instead preferring to sit tight and wait out the political bumps of the next couple of months. For jobseekers, this means fewer available positions and fewer choices are on offer.

“On top of this, April’s new national living wage is defining a new employment landscape and changing power dynamics. The result of these changes is a jobs market which is struggling to replicate the strength it had only three months ago.

“Advertised salaries and job competition are also showing symptoms of the doubt within the current market. Small improvements are failing to add up to substantive progress and recovery. Alongside this there’s been a slowdown in real wage growth. Low inflation is providing a safety cushion for earnings, but it’s an unsustainable balance.” 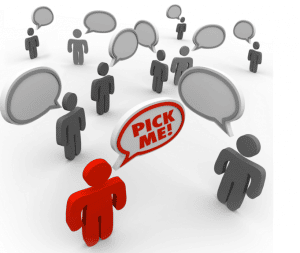 Job competition improved slightly in February, reducing to 0.59 jobseekers per vacancy from 0.61 in January. Despite this small monthly rise, across a three month period competition has worsened since 0.52 in November 2015.

Across the last three months, all UK regions have witnessed vacancy numbers fall, with the South East seeing the largest drop (-15.6%), followed closely by Northern Ireland (-15.4%) and South West England (-12.6%). Scotland meanwhile, despite the ongoing struggles in the energy sector, saw the second smallest decline of -7.6%. London proved the most resilient region to decreases, experiencing a fall of -6.8% over the same period.

Doug Monro, co-founder of Adzuna, comments: “It’s a pattern of hesitation across the UK. Employers are simply not in the mood to hire and it’s an infectious attitude. The South East has seen vacancy numbers shrink across the past three months, with a strong technology presence in the region it’s likely this is due to uncertainty over Britain’s future position within the EU. of available positions in February. The Travel sector has fared the worst, with 8,429 current vacancies – down a staggering 42.9% from 14,766 in November 2015. Similarly, the Retail sector has seen a 24.3% fall to total 34,153 positions, declining from 45,100 three months prior.

However, some sectors are defying this trend and showing resilience. Advertised vacancies in the Science sector have grown 16.3% since November to stand at 12,589 in February. Similarly, Graduate openings have climbed 17.9% to 13,888 over the last three months as employers begin their milk rounds.

Doug Monro, co-founder of Adzuna, concludes: “It’s an unsettling time for sectors who interact daily with the European markets and are particularly sensitive to developments there. This is why expectant seasonal dips in the travel industry have intensified and spiralled into much deeper reductions. For manufacturing firms, a potential Brexit could not have come at a worse time. The industry has been suffering from instability, with job cuts leaving both employers and employees nervous. For an industry trying to get back on its feet, talk of Brexit implications will be unhelpful.” 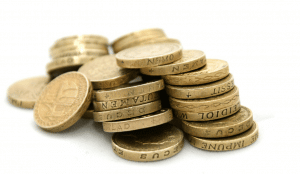 Advertised salaries failed to match the heights seen in the first half of 2015, despite the UK average climbing to £33,800 – up 0.6% from January. On an annual basis the UK average advertised salary has fallen 2.4% from £34,627 in February 2015 – the highest 2015 total. This February, Northern Ireland was the only region to improve on an annual basis.