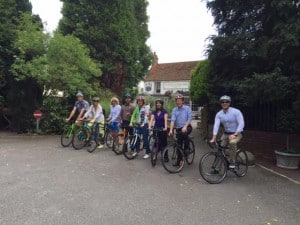 Founded three years ago by the lovely John and Shelley, a couple with two small (and very keen!) cyclists for inspiration, Frog Bikes is dedicated to make cycling safe, easy and fun for Tadpoles around the UK.

After discovering many of the bicycles they looked at for their children weighed almost as much as the child themselves, the Frog Bikes founders made it their mission to create a range of cycles that are light, appealing and easy to ride – and they’ve done an amazing job so far!

Proud of their British heritage, the team have grown fast, and already sell bikes through independent bike stores throughout UK and mainland Europe, in Canada, South Africa, Hong Kong, and Japan, and directly to customers worldwide through this site. later this year, they plan to move their manufacturing facility back from the far East to the wilds of Wales, creating lots of great employment opportunities in the local area. What’s more, their success has been recognised with a number fab awards and accolades, and in November 2015, they won the Export Business of the Year award at the Start-ups Awards! 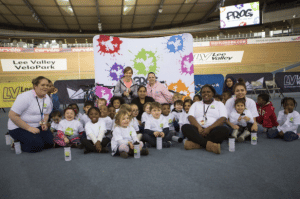 Company culture is of paramount importance to the Froglets, with each and every employee actively encouraged to take real ownership, not just within their roles, but of driving the company forward. Tip top communication is crucial to the organisation’s success, so weekly newsletters, central whiteboards for communicating daily updates and strong core values all help to ensure the team keeps talking as they continue their journey.

The company’s Skill Swap Scheme aims to share out the pool of skills and knowledge amassed by the company’s super smart employees, making the whole organisation faster, better and even savvier.

Once again, congratulations to the shortlisted finalists and good luck!

The winner of the Best British Workplace award will be announced on June 6.