Political leaders across the globe make decisions that affect our economic, political and social futures. Given the importance of these decisions, it is, perhaps, unsurprising that the average leader’s salary is 7 times that of their citizen’s. However, this difference varies massively across the globe – from almost equal in China through to being absolutely dwarfed in South Africa. To find out which countries have the greatest difference and which have the least Adzuna have compiled a collection of 45 countries leaders salaries and compared them to that country’s gross national income (GNI) per capita.

Given the relatively developed nature of the UK compared to the rest of the world it is, perhaps, unsurprising that Theresa May sits in 31st position, currently enjoying a salary of £153,907 and the GNI per capita sits at £31,613. This still means that she earns roughly 5 times that of the average citizen but it is placed below the global average of 7.

The countries that occupy the top of the table, with the highest level of inequality between leader and citizen, are South Africa, Indonesia and Singapore. South Africa is in first place with its President Cyril Ramaphosa earning a massive 41 times the national average. The next closest to it is Indonesia where Joko Widodo earns 35 times the national average. Despite their salaries of £174,574 and £96,989 respectively both countries have a GNI per capita of under £5000. Completing the top three, Singapore is another outlier although for a slightly different reason. The GNI per capita in Singapore is roughly ten times greater than that of South Africa and fifteen times greater than that of Indonesia at £42,533; yet the Prime Minister of Singapore, Lee Kuan Yew, still earns 30 times more than that with the huge salary of £1,255,800.

At the bottom is Scandinavia… and China!

Finland, Iceland, Norway and China sit joint bottom of the table where their leaders’ state salaries are just three times that of the national average. Whilst China’s GNI per capita is just over £6,000 all the Scandinavian countries’ sit between £34,000 and £60,000.

For the full data-set, see below! 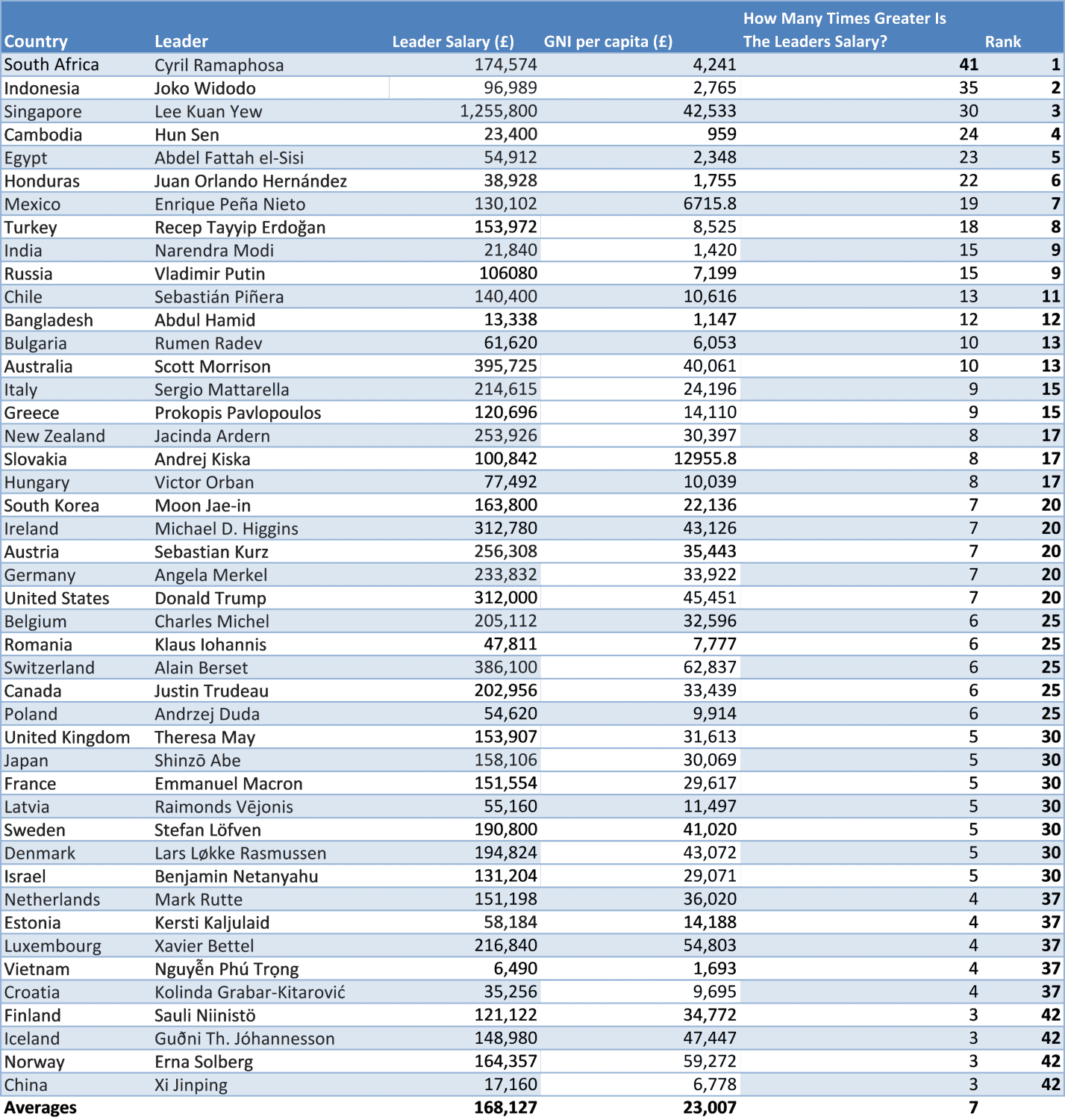