It can be hard to find the right career path – something that combines your interests and abilities with a job that will actually pay the rent. Fortunately, these days the majority of jobs are unlikely to land you in a mental institution – for women, that wasn’t always the case.

Hospital records have shown that women were institutionalised for a huge range of reasons in the 1800’s, from laziness and sunstroke to epilepsy and ‘hysteria’. Even stranger, Adzuna.co.uk looked through the list and noticed that a handful of respected jobs that could have landed a woman in an asylum just 130 years ago.

As women the world over fight for access to contraception and control over their fertility, it may come as no surprise that providing ‘medicine to prevent conception’ was a crime. In Victorian Britain, promoting birth control or even distributing literature about it was illegal. However, rather than simply conducting a criminal case, in the 1800’s practitioners also risked being put into an asylum with no set release date.

These days book-lovers can read to their heart’s’ content, but it wasn’t always so simple for women to curl up with a good novel. Women who read too many novels (or perhaps enjoyed reading too much) risked being put into an institution. Librarians, book reviewers, and book editors could all have been sent away indefinitely. 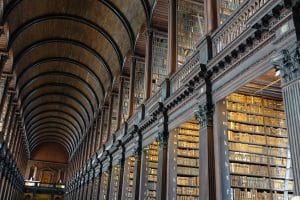 If reading was too much, getting into politics was definitely off the table. The list actually references an interest in politics three times – politics alone was enough, but political excitement could get you sectioned, as could bad habits combined with political excitement. Women would have to wait decades to be elected to the House of Commons, and another year to actually be able to get a seat.

Animal lovers beware! If you work closely with dogs as a vet, dog walker, or groomer, you probably get the odd nip from your customers. Unfortunately, that’s enough of an excuse to have you committed to a mental institution back in the 1800’s.

Continuing on the theme of avoiding too much reading and political excitement, women found to be ‘studying too hard’ risked being sent to an institution. Of course, there is no particular definition for ‘too hard’, and if the woman in question didn’t study hard enough then they could always commit her due to laziness, another entry on the list. The first female professor was appointed in 1892, very shortly after this list was compiled!

It’s difficult to believe that one of the most respected jobs could have had you committed, but women who tried to put out fires themselves were admitted to institutions. The first female firefighter in the UK took her place alongside the men in 1818, which must have been an enormous risk. By 1878 we even had an all-women’s fire brigade at Girton Ladies’ College, but it took a century before women were allowed to officially join the fire service. 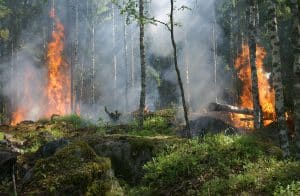 One of the strangest and most cryptic entries is just ‘salvation army’ – it seems like volunteering for or helping the charity was a huge risk. Since its foundation in 1865 the organisation has grown to 1,650,000 members around the world who provide, among other things, disaster relief, family tracing services, and youth groups. The early risks clearly didn’t prevent the group from growing, but the list also mentions ‘religious enthusiasm’ so the concern wasn’t just limited to the Salvation Army. 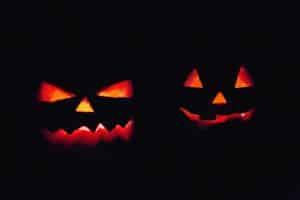