Which Languages Pay The Most in 2017?

Are you a journalist looking for jobs data? We’d be happy to help – get in touch with us!

Japanese and the Chinese languages were named the most lucrative non-English tongues for UK jobseekers according to our data experts here at Adzuna Towers – and they know their stuff, so we’re inclined to believe them!

To mark the one year anniversary of the Brexit vote, we did a little digging and uncovered the languages most in demand by UK employers, and how much they are willing to pay for them.

Talk the Talk of Career Progression

A  growing employer investment in non-European languages was revealed, with Japanese, Chinese, Arabic and Russian all featuring in the UK’s top ten most wanted languages, as the anniversary for the UK vote to leave the EU approaches.

German, last year’s highest paying language, dropped to fourth place as advertised salaries fell 1.8% to £31,030. German language skills do however, still promise the most job opportunities, with 8,154 vacancies across the country, up 7.9% on last year. German remains ahead of French in the league tables, contrary to traditional preference for Francophone candidates.

Further down the table, the number of roles requiring Arabic skills have plummeted 31.5%, with just 856 roles currently on the market. The roles that do exist pay well though, with average advertised salaries rising 3.5% since last year, to £30,037.

Doug Monro, co-founder of Adzuna, commented: “A year on from the shock announcement that Britain would be leaving the EU, employers are contemplating a future outside the EU. Last year, a very strong trend for European languages was in evidence. In 2017, however, this has begun to give way to preference for Asian languages, like Japanese and Chinese. Perhaps this is a sign that businesses are looking further afield for growth opportunities.”

In London, an even wider variety of languages are thriving, as employer demand for Dutch (763), Swedish (532) and Danish (436) speakers all earn a place within the top 10 most in demand languages in London. 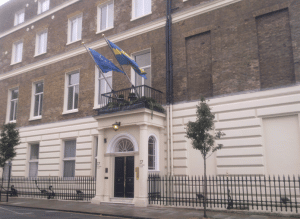 Swedish, in fact, saw the largest leap in hiring requirements, with vacancies demanding this skill up 21.2% since last year. At the other end of the scale, Greek and Arabic proved least appealing to employers, as they saw the greatest drop in open vacancies.

Doug Monro, co-founder of Adzuna, concluded: “With Danish and Swedish featuring in the 10 most sought-after languages in London, and Welsh appearing in the highest earning languages, there is a real appetite for variety in the cosmopolitan capital. And with the inevitable changes on the horizon, there are sure to be yet more twists in the tale.” 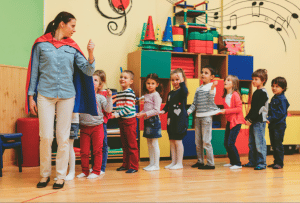 The sales (8.2%), teaching (8.1%) and hospitality & catering (7.9%) industries were the most prolific recruiters of linguists, jointly offering almost a quarter (24.2%) of the UK’s jobs the linguistically gifted. Unsurprisingly, those with a customer service CV and second language skills are also in demand, as companies look to make sure their customers have a great experience wherever they are, and whatever language they speak.

Wondering how foreign language skills could boost your career? Sign up to Adzuna’s Career Zone to get your questions answered by a community of experts!

Are foreign language skills valued in retail?           How do recruiters feel about creative CV’s?