As National Bike To Work Day draws near, tech writer Gemma Church takes a look at the benefits of cycling, and where you can take advantage of cycle to work schemes.

What’s your favourite part of the working day? Although the daily commute may not be the first thing that springs to mind, there is a way to try something new this week that could change your perspective.

It’s National Bike To Work Day on Friday 19th May. This annual event encourages commuters to ditch their trains, planes and automobiles and take to the roads on two wheels.

It’s an idea with serious consequences. Cycling to work could boost both your career and your health. In fact, a recent study found that cycling to work halves your risk of cancer and heart disease.

That’s quite the motivation to get on your bike and maybe not just for National Bike To Work Day, but in the long term as well. According to the five-year study of 250,000 UK commuters, it’s easy to stay motivated with cycling, and takes very little willpower to incorporate this practice into your daily work routine – unlike more arduous tasks like going to the gym. 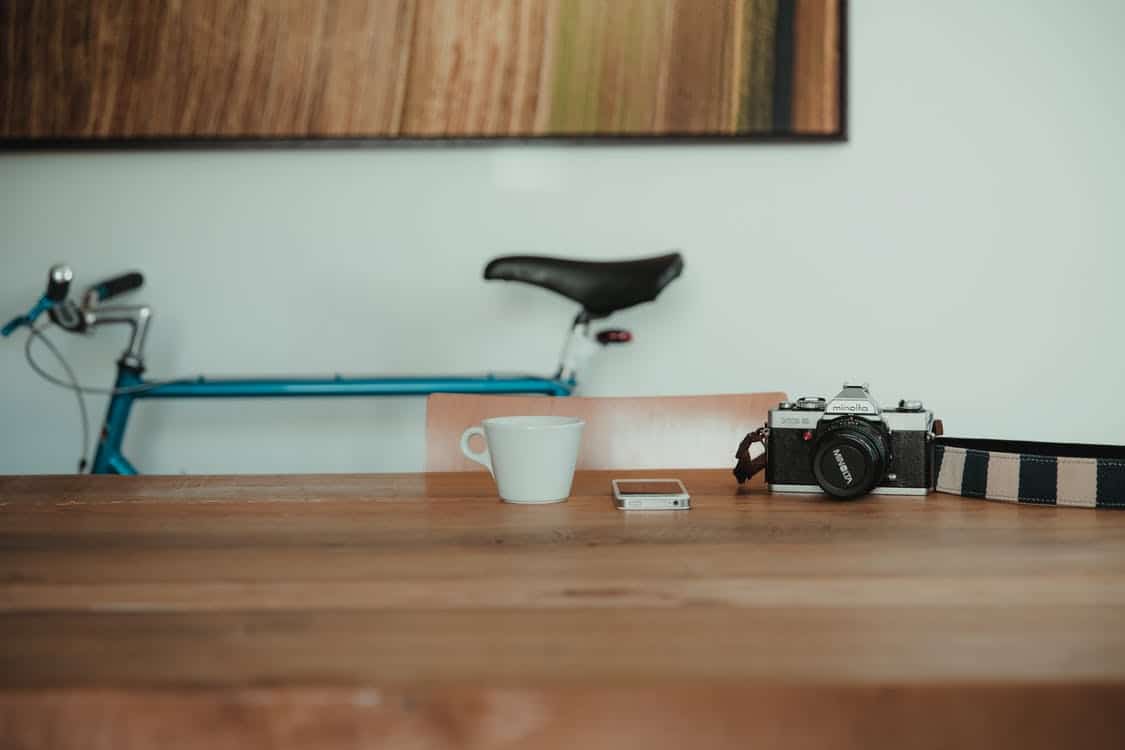 If you do decide to cycle to work on a more regular basis, then you may need to buy a new bike. This is where the government’s cycle to work scheme can help as you could save 42% on the price of your brand new bike and the associated safety gear you will need.

If your company is not already on the scheme, you just need to get them to sign up.

There are two ways you can go about setting up a Cycle to Work scheme: your company can either buy the bike and loan it to you (this is known as a “salary plus” arrangement and your monthly wage is not affected) or you could opt for a salary sacrifice scheme.

At the end of the day, the decision to implement a Cycle to Work scheme is down to your employer. It may be worth pointing out that a healthier workforce is also a more productive workforce if they quibble over this point.

Or, you could get on your bike and find a more cycle-friendly company. 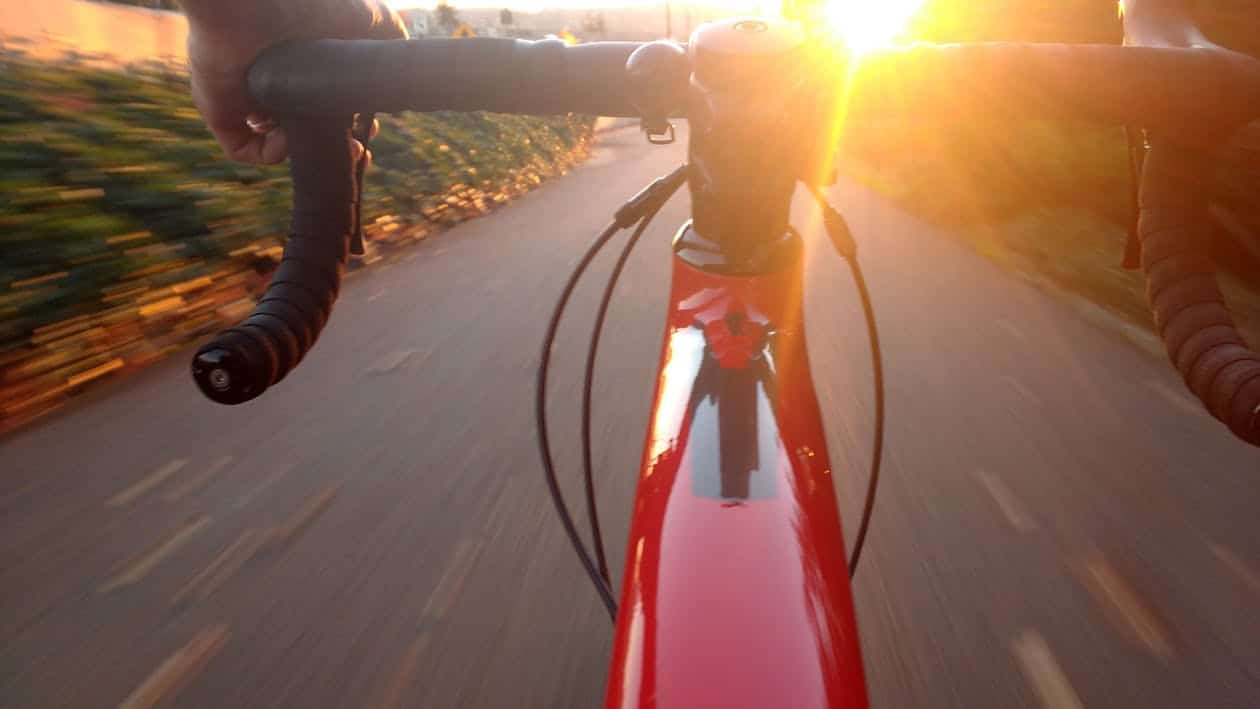 Where Are Britain’s Most Bike-Friendly Employers?

The good news is that there’s a pretty even spread of companies actively advertising that they run a Cycle to Work scheme on the Adzuna site. From the South West to Scotland, the opportunities to get on your bike are very similar, so you should be able to find a cycle-friendly employer in your region.

There is one surprising exception – despite opening the Tour de France and hosting a Tour de Yorkshire, the Yorkshire and The Humber region has a significantly lower proportion of companies promising a Cycle to Work scheme on their job ads. Maybe the county’s new found love of cycling hasn’t fed through into its businesses just yet.

Or it could be the region’s infamously steep inclines. Data from fitness monitoring app Strava found relatively flat county Lincolnshire recorded the fastest average cycle speed in the UK with cyclists travelling at more than 15 miles per hour.

At odds with our findings, the Strava data also named West Yorkshire as the second most popular cycling area in the UK. So, maybe, companies just assume that cycling is in your blood and do not need to advertise Cycle to Work schemes in this region. 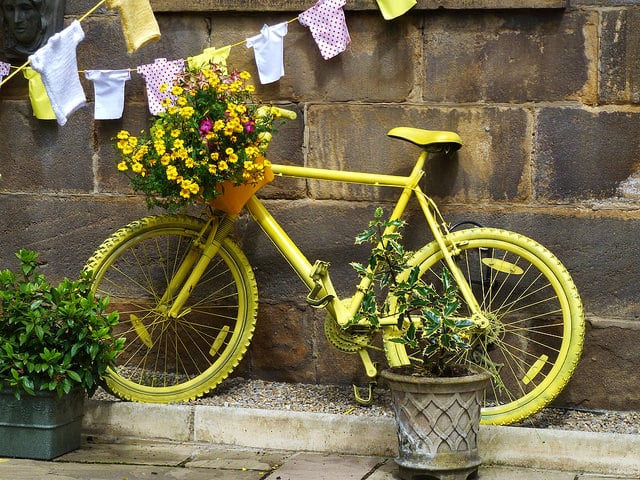 Guildford, Rochdale And Brighton Ahead Of Pack For Cycling Schemes

This data also revealed that Greater London is the top cycling area in the UK – with a strong network of commuter routes. This agrees with Adzuna’s data, which also revealed companies based in the City of London and Westminster boroughs are most likely to advertise a Cycle to Work scheme. 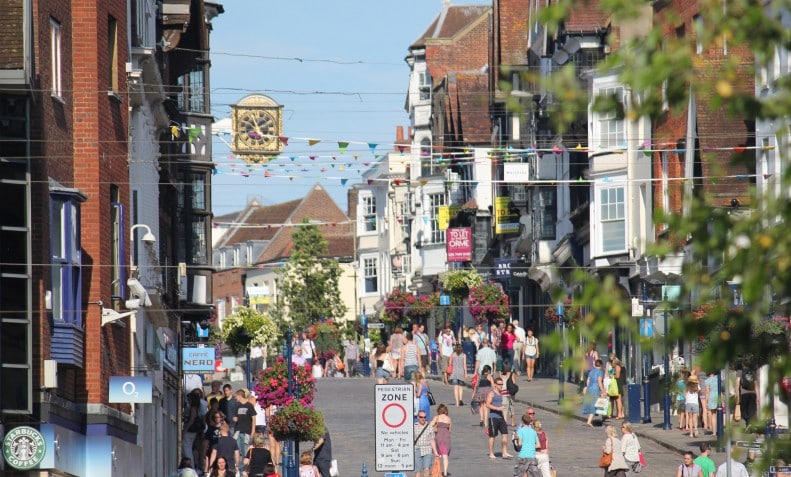 Guildford, Rochdale and Brighton were the top three cities and Newcastle-Upon-Tyne, Swansea and Salford fell in the bottom three cities when looking at which areas boasted most job ads featuring Cycle to Work schemes.

A separate Cycle Scotland report found Aberdeen is the least popular cycling city, which only 0.3% of the population using cycling as a main mode of travel. On the other hand Cambridge, which came 12th in our list, was named as the nation’s most popular cycling city with 33% of its residents biking at least three times a week according to the 2015 Sport England Active People Survey. 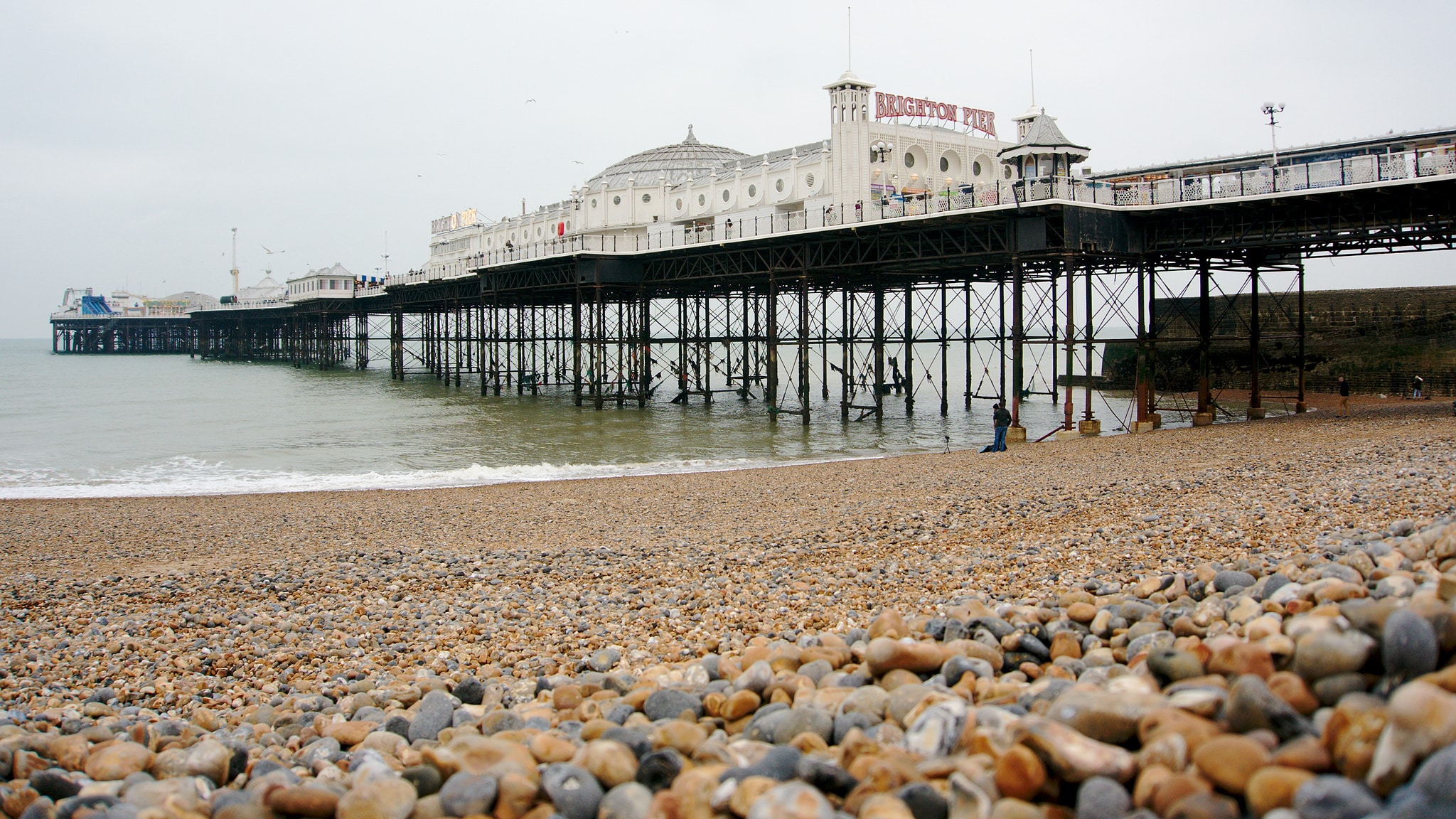 Companies in the health sector are eager to boast about their Cycle to Work credentials too – Adzuna found that companies in this sector are most likely to advertise such schemes, in the hope of appealing to fitness fanatics. This may come as no surprise given the health benefits of swapping car for bike during your daily commute.

Surely that’s worth hopping on a bike this Friday 19th May for?

Gemma Church is “the freelance writer who gets tech”, a specialist journalist, copywriter and blogger for the science and technology sectors. Follow her at @geditorial_uk

Whatever your preferred method of transport, take the first step towards your new job with Adzuna.

Half-a-million UK jobs now on offer: here’s where to find them