Job seekers looking for work could earn thousands of pounds more simply by having a driver’s licence. Nurses (£6,146 increase), and sales advisors (£5,153 increase) would stand to benefit most from the driving bonus, while it could be worth as much as £4,91 to your customer service CV .

The research analysed over 1.2 million job ads across the UK to reveal the pay difference between job ads that require candidates to have a driver’s licence and those that don’t.

Recent figures from the government’s National Travel Survey show that 36% of 21-29 year olds don’t have a driving licence, and the number one reason for not learning to drive amongst this age group is cost. 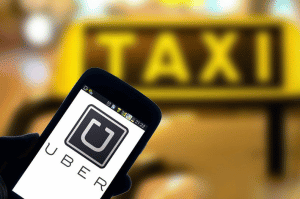 Cities and sectorsUnsurprisingly, metropolitan cities like London and Manchester reported the lowest demand for workers who can drive, with only 2.6% and 3.7% of job ads respectively requiring a licence holder. At the other end of the scale, the cities with the most job ads wanting licence holders were  Middlesbrough (7.8%) and Wolverhampton and Swindon (7.7% each).

Broken down by industry sector, those looking for legal jobs who can’t already drive will have little incentive to dust off the L-plates, with only 0.1% of roles requiring a licence. The Accounting & Finance (0.6%) and Hospitality & Catering (1.1%) sectors also had little need for drivers. Job seekers with licences looking for jobs in Property, Maintenance or Logistics & Warehouse roles could be at a distinct advantage, with 14.1%, 11.4% and 10.7% of jobs respectively wanting only candidates with licences to apply.

Doug Monro, cofounder of Adzuna commented: “While the cost and time commitments involved with learning to drive can be high, it’s a worthwhile investment for many job seekers. Being able to drive might not make you any better at your job once you arrive, but it could be the difference in your starting salary of almost £7,000.

“In some sectors not having a licence could actually challenge your chances of career progression. 1 in 7 property sector jobs ask for a driver’s licence, while 10% of open roles in the energy, oil and gas sector aren’t open to those who can’t drive.”

In addition to the 48,799 job ads across the UK asking for candidates to have a driver’s licence for non-driving positions there were 29,083 vacancies for driving jobs. Of these 12,585 were for LGV/HGV drivers and 4,754 van drivers. A further 18,428 ads offered the successful applicant a company car for use, while 3,424 ads required applicants to have their own car, bringing the total number of roles requiring a drivers to 99,743.

While the data shows there are currently an abundance of opportunities for drivers, a note of caution must be sounded, as the long-term security of such roles is up for debate. As recently reported in our Jobs and Automation report, roles where driving is the primary task are particularly at risk of automation over the next 15 years.

Doug Monro commented: “While there are a wealth of opportunities for drivers right now, and those with a license can earn more, self-driving cars and trucks are a real prospect, with Google recently hitting 2 million miles driven on public roads.  Younger job seekers wanting to be firmly in the driving seat should keep an eye on the pace of automation.”