Interested in the full data set of tube stop salaries? Get in touch – we’d be happy to help.

If you work in London or regularly rely on its public transport network, you’ll have an opinion on which tube line is best.

While Adzuna couldn’t possibly wade in on the argument*, we do know which line is the most lucrative jobseekers, thanks to new research that looked at almost 250,000 vacancies across the capital.

In fact, our look at the average salary for jobs within a 1/4 mile of London tube stations has uncovered the top tube stop salaries across the city.

*Although we are fond of the District Line thanks to its lovely shade of green and the fact that it serves our friendly Fulham Broadway office.

Tube Stops in Zone 1 Pay The Most 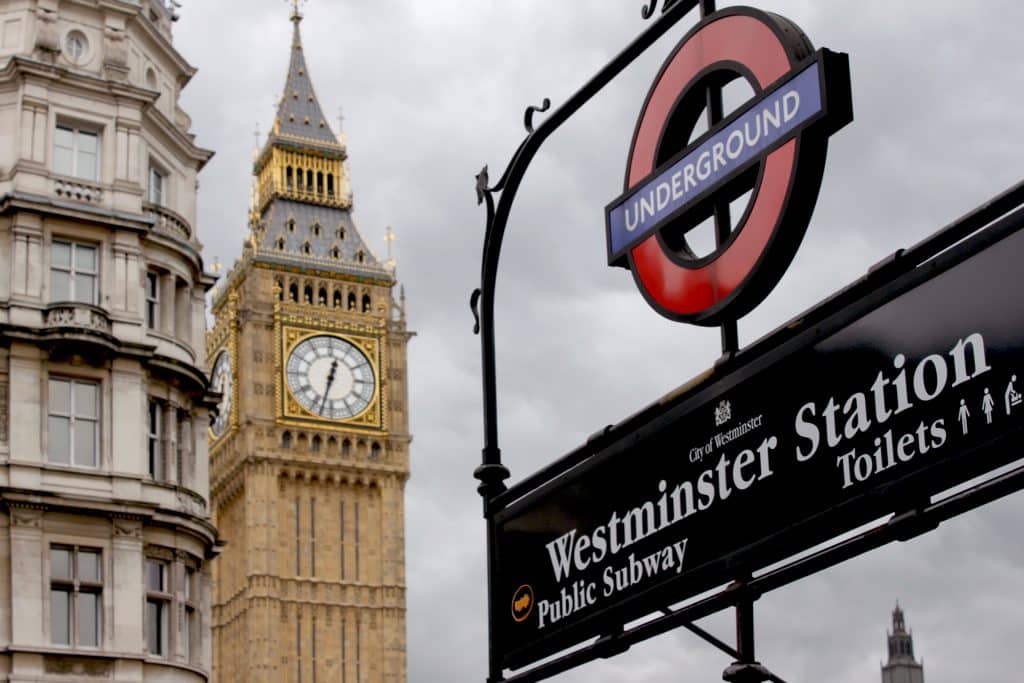 Advertised salaries for vacancies near zone 1 stations paid £45,982 on average – £13k more than jobs near Zone 2 tube stops, which had a combined average salary of £32,611.

Salaries near tube stop generally get lower the further out of the centre you travel, with Zone 8 stations providing the only exception. 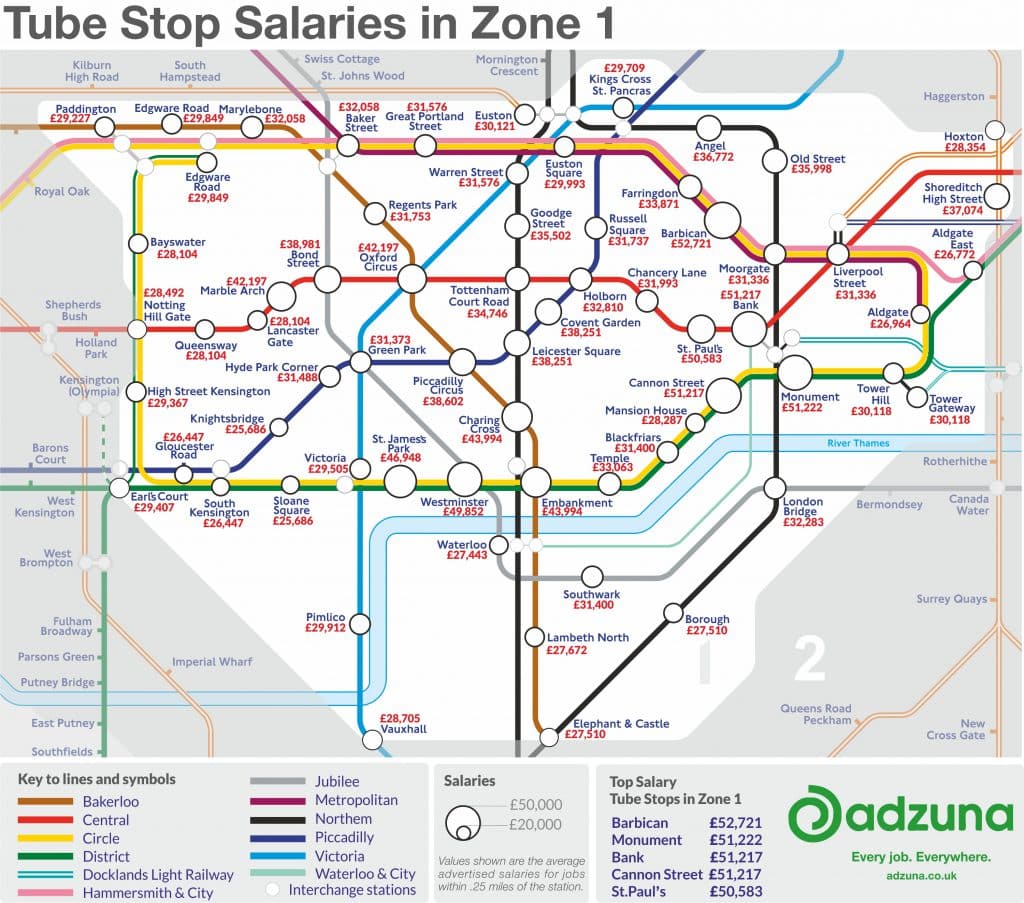 Waterloo & City Line is Top of the Tubes

The high number of well-paid jobs around Bank helps make Waterloo & City the most lucrative line, despite vacancies around Waterloo have a relatively modest £27,443 average salary.

The Circle line, which counts Westminster, Embankment and Monument on its route is the second-highest tube line with average salaries of £47,738, while the Central (£46,375) and District (£44,213) lines also pay handsomely.

At the other end of the scale jobs along the Victoria line – serving the likes of Brixton, Green Park and King’s Cross – are worth £29,056, while the Metropolitan line fares little better at £31,927.

Hop up the payscale

Commenting on the findings, Adzuna co-founder Doug Monro noted how a top salary often comes down to location, location, location: “Jobseekers hoping for a hop up the pay scale can pinpoint better-paid positions by looking at location. Roles in central London typically come hand-in-hand with more money, with positions near tube stops Barbican, Monument and Bank proving most lucrative. But there are some exceptions for workers reluctant to commute – if you know where to look.

“The Elizabeth Line, due to launch a year from now, will connect one of these high-paid hotspots – Canary Wharf – to other areas of London. The route will link Woolwich in the south, Reading in the west and Brentwood in the east to Canary Wharf, simplifying the journey to the financial district for thousands of city commuters.

“Londoners love to argue about whose tube line is the best, and in terms of pay the Waterloo & City Line takes top place in the commuting charts, with the Circle and Central Lines following close behind. Meanwhile, Victoria Line commuters may boast of frequent tubes and a speedy service, but this research conclusively shows jobs located along the Victoria Line route offer the lowest pay, proving the Victoria Line is not where the money is.”

*Within 1/4 mile of station’s postcode

*Within 1/4 mile of station’s postcode

Should I be worried about robots taking my job?

Which universities produce the highest-earning graduates?